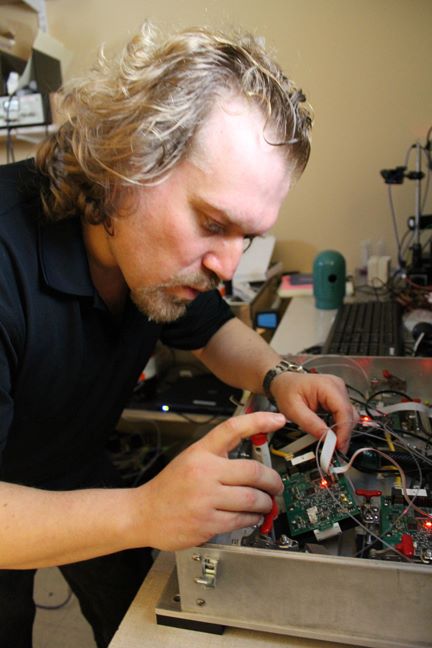 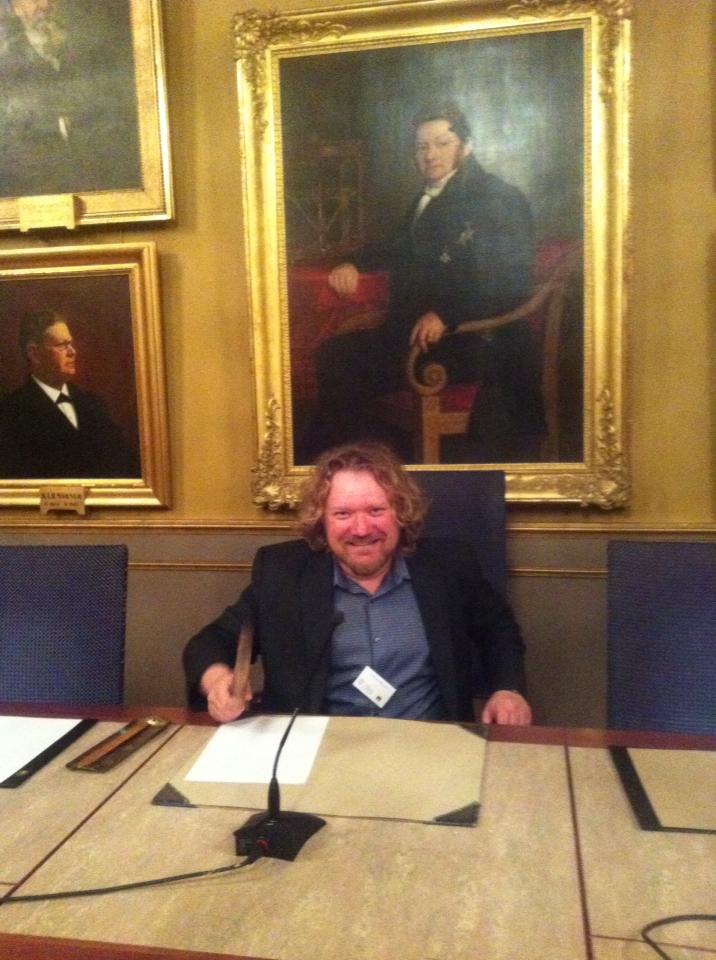 At the Royal Swedish Academy of Sciences Nobel Selection Room 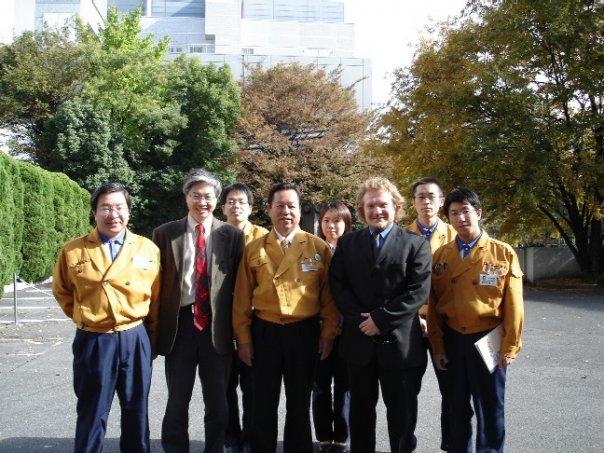 Dr. Mershin holds patents in the fields of biosensing ( world leader in machine olfaction), signal processing, microfluidics, energy harvesting, synthetic biology, AgTech, medical devices and neurofeedback, has served as science advisor to several MIT 100K business idea competition teams including finalists, holds the second place record for most MIT teams in a year. In 2015 he led the AntiDark team to win the MIT Launch challenge and the Mass Challenge Competition Startup Incubator, and in 2017 he mentored winning entry to the Cornell Entrepreneurship Competition (MindShift). He is co-founder of Resonant Brain Dynamics that has recently obtained license from MIT to develop a suite of applications based on the invention of the Self-Calibrating Protocol (SCP) which in 2015 was used to make the world's first practical pain sensor, and in 2016 won the ACM award for most innovative technology allowing inexpensive, consumer-grade, wearable, wireless EEG sensors coupled to smartphones to outperform far more elaborate and expensive clinical equipment. This invention is further enabled by proprietary personalized machine learning algorithms for AR and VR integrative environments being developed by mindboostr.com. Together this casts neurofeedback as a powerful non-pharmacological therapeutic alternative for treating ADD, PTSD, anxiety, addiction and chronic pain.

He is the co-founder and director emeritus of the international Molecular Frontiers Inquiry Prize (MFIP) a.k.a “Kid Nobel” - (www.molecularfrontiers.org). The MFIP was founded in 2008 is awarded annually at the Royal Swedish Academy of Sciences in Stockholm (home of the science Nobels) to the most intriguing scientific questions posed by children. Winners are determined by a jury selected from a panel of eminent scientists including thirteen Nobel laureates. This is the world’s first ever prize focused on fostering curiosity and awarded for asking good questions -the concept has been since adopted by the Lindau Nobel Foundation, Nature, the US Department of Energy and similar competitions are being launched around the globe. He is a frequent invited keynote speaker at leading international scientific and entrepreneurship/technology transfer conferences across the US, UK, China,Taiwan, Japan and Singapore and volunteers at the BioAcademy focused on safely bringing the fab lab maker movement to democratize access to equipment and knowledge so that almost anyone can learn "How to Grow Almost Anything". In 2005 he co-founded the MIT Flying Club and in 2017 is a co-founder of the nascent "FutureLaw Moot Competition" aimed at equipping future law and policy makers with the technical knowledge necessary to sensibly tackle legal issues arising from synthetic bioethics, space ventures and cryptocurrencies. He gave the inaugural bio keynote Princeton Envision in 2016 and has since been advising the series and is one of 2017 TEDx Beacon St invited speakers.

He is a co-organizer of the Membrane Protein Frontiers Conference and the MIT Bits to Bio Conference as well as the chair of the speaker selection committee of the MIT Label Free Research Guest Lecture Series (e.g. Olfaction, Evolution). He co-founded and led the Hellenic Business Network Big Idea Competition, raising funding for and mentoring early local startups enabling them to succeed in bringing to market: lightweight vertical wind turbines, multilingual translation technologies and collaborative law-writing software.

He volunteers on the advisory board of Zino Ventures a fund focused on bringing the lab-to-market lessons learned from MIT to bear on innovative international investment strategies and technology development in New Zealand.